Yesterday I wrote about the dire warning which appeared on Iranian state television. A doctor warned that failing to follow state guidelines could result in a worst case scenario where “3.5 million” Iranians die. Even if that’s a big exaggeration, something clearly has the regime very concerned about the potential for catastrophe. Today at the Atlantic, Graeme Wood suggests a possibility I hadn’t considered. What if Ayatollah Khamenei caught the coronavirus?

The news of ailing senior leaders keeps coming, and at some point the mullahs’ deep bench of gerontocrats will be depleted. Today, Ayatollah Hashem Bathaei-Golpaygani, a member of Khamenei’s Council of Experts, died of COVID-19 in Qom. Last week, former Foreign Minister Ali Akbar Velayati announced that he had contracted the coronavirus. He is 74 years old, still cunning, and the chief adviser to Khamenei, to whom he speaks regularly and in person. If Velayati dies of the coronavirus, he will be the most important regime figure to die since Qassem Soleimani.

Of course, the center of all speculation is the supreme leader himself. Khamenei doesn’t appear in public often, even in the best of times, and you’d have to be fairly lucky to spot him—except on a few occasions where his appearance is so customary that an absence would make everyone, both allies and enemies, wonder if the coronavirus has felled him too.

As it happens, one such occasion is this week: Persian New Year, or Nowruz. This pre-Islamic holiday marks the vernal equinox, and this year it falls smack in the middle of coronavirus season. Last year, Khamenei stood at the largest Islamic pilgrimage site in Iran, the shrine of Imam Reza in Mashhad, and delivered a long, almost Fidel Castro–like speech detailing policies and plans. This year, the Islamic Republic canceled the speech 10 days in advance, “due to health recommendations to prevent the spread of the Coronavirus.”

Tasnim News Agency in Iran is reporting today that Khamenei has agreed to commute the sentences of a large number of inmates in time for Nowruz, but it’s not clear if anyone saw him issue this approval.

The most recent post on Khamenei’s Twitter feed is a slick video looking for a silver lining amid the coronavirus outbreak. He posted this on Monday.

The experiences we gain in combating the #COVIDー19, and the people’s sacrifices and activities that benefit the general public, are achievements that turn tragedies and threats into blessings and opportunities. pic.twitter.com/VSS1xx4Sgt

Officials said Wednesday that another 147 people have died, meaning at least 1,135 people are dead nationwide.

And that number would certainly be higher if Iran were telling the truth. But in some cases, officials even lie to families about the real cause of death. Today the LA Times published a story about one family who was told their mother had died of a heart attack only to learn the hard way that she had coronavirus:

When Maryam Rahmati learned last week that her mother died from a supposed heart attack in Gonbad Kavus city, she was confused after learning from officials that the family wouldn’t be allowed to bury the body. Since the death certificate stated her mother had passed away because of a heart attack, they had no reason to believe that the cause of death was in fact coronavirus…

Rahmati’s aunt cleansed her mother’s body with the help of two cemetery body washers. None wore masks or gloves. After they placed the body in the ground, Rahmati’s brother jumped in and hugged his mother one last time. More than 50 mourners who attended the funeral watched from above.

Now, Rahmati’s family may face greater tragedy. Her four aunts have tested positive for the virus; her father is currently hospitalized and her husband is also infected and self-quarantining at home in Tehran.

“I insisted that all family members go and take lung CT scans,” she said. “They falsified my mother’s death certificate to hide the real numbers and now they caused the virus to spread.”

Ayatollah Khamenei is 80 years old. My guess is he’s still alive but keeping himself at a distance from everyone. But as Wood suggests, he’ll have to show himself in public soon to convince everyone he’s still alive. 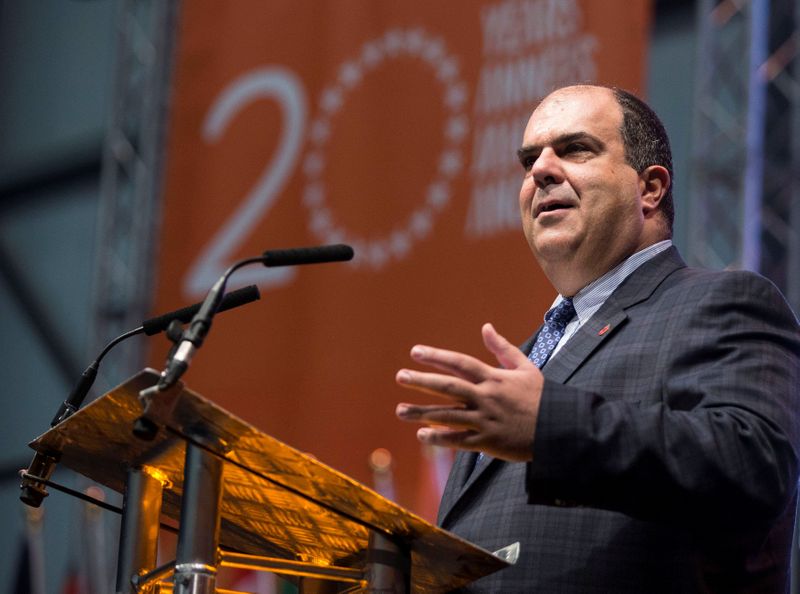 EasyJet founder says will not inject fresh equity into company

What to know in the week ahead

EasyJet founder says will not inject fresh equity into company

Half Say Pandemic Is Moderately Or Severely Affecting Mental Health